Skip to content
HomePosts tagged 'Ecological Disaster'
DO MAKE USE of LINKS,
>SEARCH<
&
>Side Bars<
&
The Top Bar >PAGES<

interestingly to date there has been absolutely no comprehensive Risk Assessment published in the UK regarding the impact in the soil, on the ground and in the air and such assessments that have been done would seem to all have been completed by interested parties likely to commercially or politically gain from the instalation of these undeniable ecological disasters.

By Mia Myklebust and Miriam Raftery 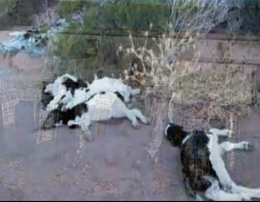 With an increasing number of industrial-scale wind turbines around the world,  numerous reports are surfacing to suggest that noise, infrasound and stray voltage (dirty energy) may be harmful to livestock and wildlife.

While evidence is largely anecdotal, incidences of mass die-offs of farm animals, chickens laying soft-shelled eggs, high animal miscarriage rates and disappearance of wildlife near turbines provide pause for reflection. These and other incidents suggest a need for scientific study to determine safety before additional wind energy facilities are erected across the U.S., including several proposed in San Diego’s East County.

Although wind turbines have been growing in popularity as an energy alternative in the 21 st century, there has been little to no testing done on the effects that these towering turbines could have on animals or for that matter, humans in the vicinity.  We require testing of chemicals to assure safety before they may be used in the environment.  Why is similarly rigorous testing not required to date for wind turbines?

This is concerning particularly in East County, which has among the highest number of horses per capita in the U.S. along with other livestock.  In addition the region is home to endangered Peninsular Big Horn sheep, rare birds such as the tri-color blackbird, eagles and hawks, mountain lions and other wildlife.  Even pets such as dogs and cats potentially could be impacted. 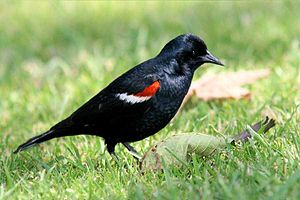 There are currently no noise standards for wildlife in the U.S.  However the U.S. Fish & Wildlife Service, in a document titled The Effects of Noise on Wildlife, concludes that “although there are few studies specifically focused on the noise effects of wind energy facilities on birds, bats and other wildlife, scientific evidence regarding the effects of other noise sources is widely documented.”

Those impacts include both audible noise and low-frequency infrasound which turbines generate.  “It is important to take precautionary measures to ensure that noise impacts at wind facility are thoroughly investigated prior to development,” the USFWS determined.

Declines in some bird species have occurred at noise thresholds as low as 35 decibals (dba), the USFWS notes.  Noise levels of 35 to 43 dba have been measured up to a mile from turbines.  Closer in, within 300 feet, sound levels of 50 dba have been recorded.  Noise can interfere with communications among birds, having an impact “ultimately on avian health and survival,” according to the USFWS report.

In an article titled Are Wind Turbines Killing Innocent Goats?  Discovery Magazine reported that a Taiwanese farmer blames the death of 400 goats on a nearby wind facility.  His claim is backed up by a local livestock inspector who said unusual sounds can impact animals’ appetite, growth and sleep.  The farmer has stated that the goats had been unable to sleep and began losing weight prior to their deaths.

In Wisconsin, a farmer who tells his story on YouTube describes losing 19 cattle that died or had to be put down because they were “pretty much lifeless.”  In addition, 30 calves have died. The farm is within a mile of a wind facility.  One cow removed from the site and moved elsewhere later recovered, the farmer stated.

An Ontario, Canada goat farmer reported that all 20 of his nanny goats miscarried or had kids that died within hours of birth. 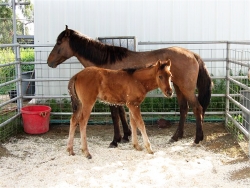 interviewed a horse breeder who lost six of eight babies after wind turbines were erected nearby his breeding mares.  Some aborted early, others had no milk and others didn’t conceive.

“I’ve been in the horse business for 45 years,” the rancher said. “I don’t know whether there’s dirty electricity in the ground, I don’t if they keep them from sleeping…but there’s something.”

If turbines are, in fact, causing miscarriages and other reproductive problems in large animals, what could this mean for the health of pregnant women and women of child-bearing age living in close proximity to the turbines?

The public has no answers, because  governments have not required any scientific testing to prove that turbines are safe for humans or animals, despite the proliferation of massive wind projects approved or in the pipeline. 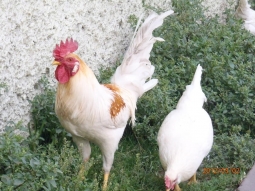 Chickens near wind farms have been known to lay shell-less or soft-shelled eggs resulting in deaths of chickens.

Dr. Nina Pierpont at Johns Hopkin University School of Medicine has concluded that Wind Turbine Syndrome occurs in people as well as in animals.  “During my research interviews I collected anecdotal information on animal problems. I heard about moles, deer, dogs, horses, ponies, alpacas, goats, seals, sea eagles (Norway), killdeer, and frogs—all of whom disappeared, behaved abnormally, and/or had observed reproductive failure,” she has written. 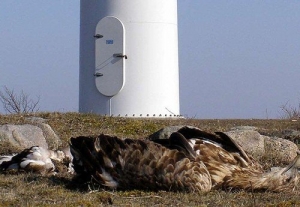 It is widely known that bird kills are common when birds collide with whirling turbine blades.   Most notoriously, the Altamont wind farm in California has killed thousands of golden eagles, as well as many other birds.

The impacts for bats, however, are even worse.  Mass bat die-offs can occur even when bats don’t strike blades, because their lungs explode from the air pressure changes, an article in Current Biology reported in 2008.

In some portions of Wisconsin, Canada and other areas, residents have reported disappearance of wildlife ranging from hummingbirds to crickets to nesting swallows after wind turbines came into the area. Some pet owners have also reported unusual behavior in dogs, such as a reluctance to go outside when turbines are spinning. In Germany, a dozen dead porpoises washed ashore near the site of a newly completed wind farm and authorities did not rule out the wind facility as potential causes.  Some have suggested that the beaching of 130 dolphins at Cape Cod may be related to wind turbine facilities nearby.  At high levels, sound from military sonar has been shown to be fatal to marine mammals, the National Resources Defense Council has reported.

What are the lowest sound thresholds that are safe for whales, porpoises and other marine mammals?  More study appears necessary.

Animals can also be impacted negatively by stray voltage, also known as dirty electricity.   Cows living near power lines, for example, have experienced reduced milk production and even been observed “dancing” in fields due to electricity in the ground, according to scientific research presented by experts at the International Conference on  Production Diseases in Farm Animals at Michigan State University.

Magda Havas, PhD, has published a provocative article titled “What do Dancing Cows and Zapped Dogs Have in Common?”  Havas reports on stray voltage, or ground current, in Toronto, Canada that killed a dog and zapped a child. Cattle have been videotaped “dancing” or lifting hooves repetitively from being shocked by electrical voltage in the ground, Havas reveals.

High ground currents from stray voltage have been measured near multiple wind facilities, including Palm Springs and Campo, California. The latter has had ground currents measured at 1,000 times normal in the Manzanita Indians’ tribal hall and church near a wind facility on a neighboring reservation, according to measurements taken by Dr. Samuel Milham, author of Dirty Energy.

Cumulative observations in some geographic areas

One sheep farmer in Waterloo, Australia had a three-fold spike in birth defects since the turbines started operating. This year, lambs have been born with no ears, three legs and hoofs turned backwards, the Australian newspaper reported.   While it’s difficult to know the cause for a handful of birth defects, the fact that they occurred in the same area where chickens have begun laying yolkless eggs and many humans have complained of health problems increases concerns.

Mounting anecdotal evidence suggests a need for caution before building wind turbines in areas near wildlife, livestock, and people.  While it’s too soon to conclude that turbines have caused the various health problems and fatalities in animals near industrial wind facilities, it is also dangerous to assume that wind turbines are safe for animals or humans living in close proximity.